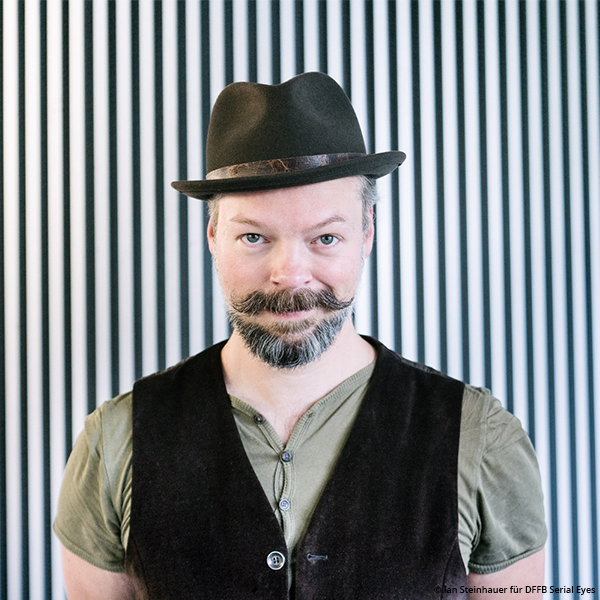 If there’s one word to sum up Stephan’s main interest it is this: ENTERTAINMENT!

Raised in the rough and lovely Ruhr Valley, the renegade intellectual studied Literature, Arts and Media Science under Aleida Assmann before he found his true calling.

A self-taught screenwriter, Stephan earned his spurs on the legendary sketch show SWITCH RELOADED. Comedy quickly became his forte, working on musical shows like LEIDER LUSTIG, satirical newscasts such as CCN: COMEDY CENTRAL NEWS or on the sitcom TRIPLE EX.

He also ventured into the strange realms of New Media, writing for YouTube shows like BOHEMIAN BROWSER BALLETT or TUBEHEADS, and created his own web-sitcom about online gaming, SUPERNOOBS.

Fascinated by the opportunities of interactive media, he also became a game writer. Stephan co-created the interactive sitcom GENIUS & EVIL, wrote two seasons of the Rom-Com game MY LOVE and co-wrote the psychological horror shooter PAST CURE.

In 2018 Stephan was picked for the “RACCONTI Digital Think Tank” where he developed the interactive horror series VIRAL and the Christmas show LAVINIA THE MOB DIVINER (with Lara DeSimone).

In 2019 he was chosen for the dffb’s prestigious SERIAL EYES program where he was taught by legends like Maggie Murphy (MALCOLM IN THE MIDDLE) and Frank Spotnitz (THE MAN IN THE HIGH CASTLE). Here he created the fantasy cop show FREISTATT and co-created the sci-fi procedural MORGENSTADT (with Barry Thomson and Lukaz Sigmund).

Injecting a healthy dose of humour into even the bleakest subjects, Stephan is primarily focused on entertaining high concept material, be it in film, TV, games or audio.