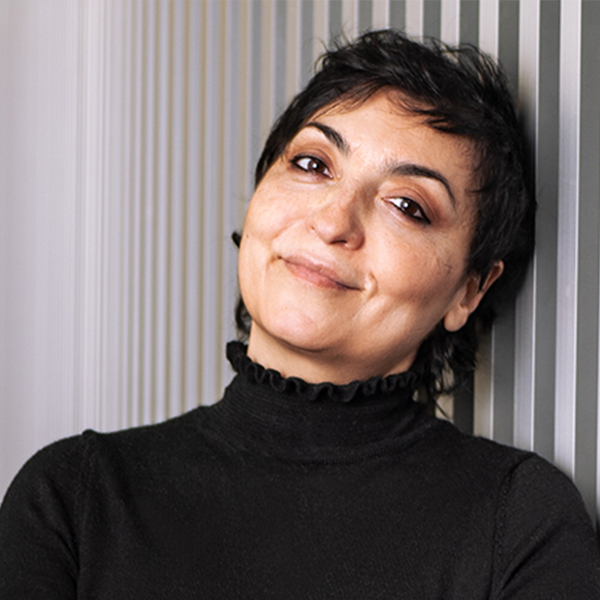 Mandi Riggi is a British/American London-based writer-director of Iranian descent. She is a member of the WGA, WGGB, BAFTA Connect and Directors UK. She was one of 12 selected into the 2020/21 showrunning program Serial Eyes in Berlin.

Mandi is the writer/creator of the television series CRIMSON CROWN to be directed by the cult Italian director Dario Argento. The series is currently in development with Media Muskateers and was selected into Rome’s MIA market’s Drama Pitch Series 2022.

Mandi’s pilot script PEACE X PIECE was optioned by US network Showtime. Her screenplay MERCY based on her play was selected into EAVE, Toronto Film Festival’s IFF programme, Film London’s PFM and the MIA Co-Production Market in Rome. Her pilot ALEX IN WONDERLAND was one of 16 projects selected into MIA Market’s Drama Pitch Series and is currently being developed to take out to production companies.

Mandi has also written and directed several plays, including LEVITICUS which played at the Edinburgh Fringe Festival, following sold-out performances Off Broadway at 59E59. Mandi has directed a number of short films, including SPADE, starring Jorge Garcia (Lost, Hawaii 5.0) which premiered at Katra Film Series, won the Katra Award and can be been seen on Shorts TV. Her short film Parallel Passage was nominated best short at Deauville Festival of American Cinema and travelled to 13 International film festivals including Hamptons, São Paulo, Huesca, SanDiego, and Los Angeles International Short Film Festival.