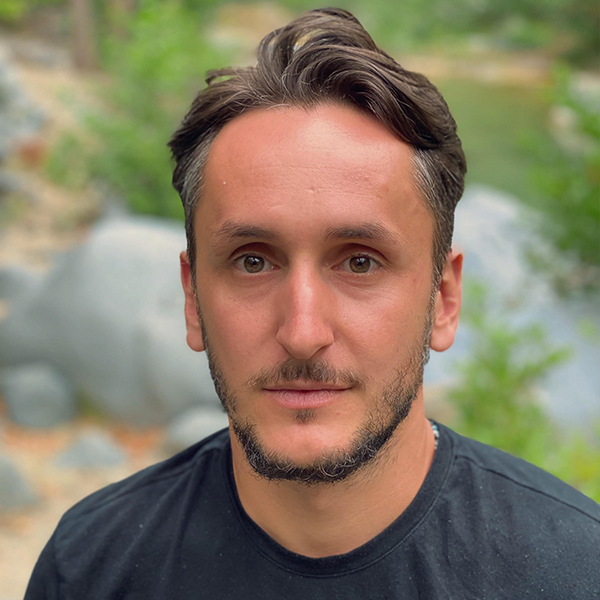 I grew up in the Macedonian countryside, in the heart of the wild and rugged Balkans. In my “middle-of-nowhere” hometown in an even more “middle-of-nowhere” country, I spent my childhood coming up with stories set in faraway galaxies, parallel dimensions or alternate timelines.

And back then, my wish to be a writer and director felt just as imaginary as those first screenplays. Obviously, I was the small town weirdo, which wasn’t easy, but growing up in the picturesque countryside was also romantic. My background has greatly shaped my style as an author today – elevated genre concepts about the misfits of society and the grandeur of nature.

My childhood memories were the inspiration for my latest short film “Snake”, which screened at major festivals around the world, winning fourteen awards. I am currently in pre-production of my first feature as a writer/director, a romantic psychological thriller “The Sweet Bitterness of Ripe Pomegranates”  which was developed at the Torino Film Lab and financed by Macedonian and Bulgarian national funds.

I am also currently developing a comedy/musical TV series, based on my cult short film “Shhh… Sing to me!”, which is set to go into production in the spring of 2023. And finally, thanks to my participation in the Serial Eyes program in Berlin, I had the opportunity to work on my most daring genre project to date, a satirical sci-fi horror series, “To Die of Happiness”.